Westworld sometimes approaches storytelling like it’s an answer to a math question. A logical thing to merely present and encourage the audience to answer. Although it certainly drives our curiosity, it rarely drives our dramatic engagement. We need to experience a story the way a character does. Surrendering to the suspense and fear of a given moment requires clarity, which requires knowing the stakes, knowing what a character wants, knowing what’s real, and knowing what you can lose because of it. When you pull it off, it can make our hair stand on end. What if an episode were to embrace a clear dramatic tack and tell a contained, straightforward story?

The answer is “Akane No Mai,” the best episode yet of the entire series. 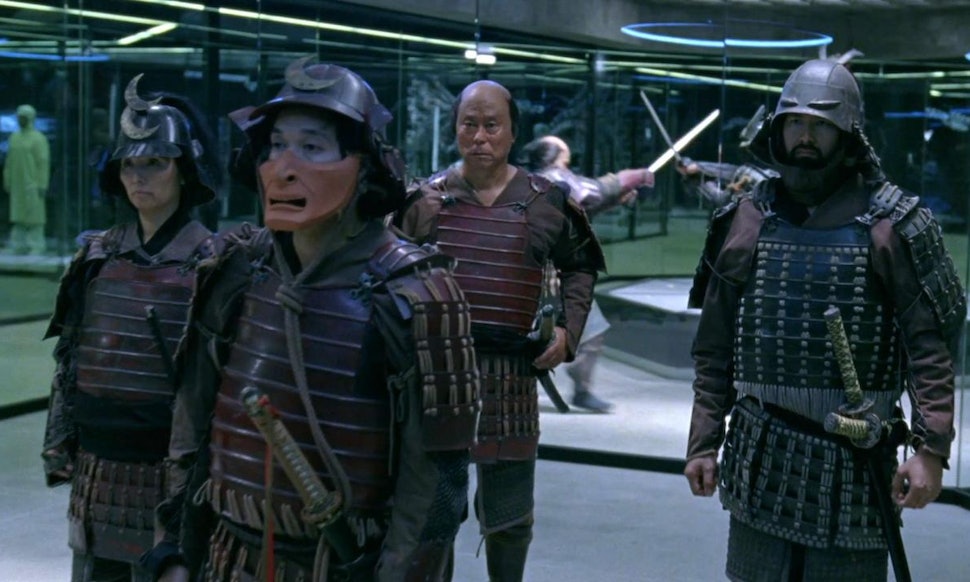 After the cliff-hanger in episode three, we are suddenly thrown right into the deep end of Shogun World, the violent park that was designed for those who found Westworld “too tame.” Maeve, Hector, & Co. have been captured by a violent ronin. Hiroyuki Sanada, who played the role of the ronin, is one of the best actors in the world, capable of bringing the most effortless intensity and menace with a single unbothered glare. The comparison between the two raises the larger clash of something that feels all too familiar: Musashi and Hector are literally mirror counterparts.

Hector’s old saloon heist is literally copied here in a new thrilling robbery of the geisha house — even scored to a new variant cover of “Paint It Black,” this time with traditional Japanese instruments. When Maeve and Hector realize the note-for-note similarities, they stare at our writer Lee in disbelief, who hilariously cops:

In essence, the episode becomes all about the power of empathy-building. The characters may be “archetypal mirrors” of one another, with Hector and Musashi, Maeve and Akane (Rinko Kikuchi!), and Armistice and “The Girl With the Dragon Tattoo” (who we hilariously cut away to playing a literal game of mirror), but it’s these similarities that bring them together. That’s what empathy is born from, having the same experience and being able to understand in a way that goes beyond mere sympathy. Nowhere is the empathy stronger than between Maeve and Akane, who takes on a maternal relationship to the young dancer Sakura. Rather than give her surrogate daughter up to the Shogunate, she refuses, stabbing his messenger in the eye (what an edit!) and inviting hellfire down upon them all. This all gets told elegantly in, like, 27 minutes of screen time, by the way. As an audience member, coming into this new situation — a situation that joyously allows us to understand all these new relationships, as well as their immediate danger — I have to say: I have never adored these characters more. 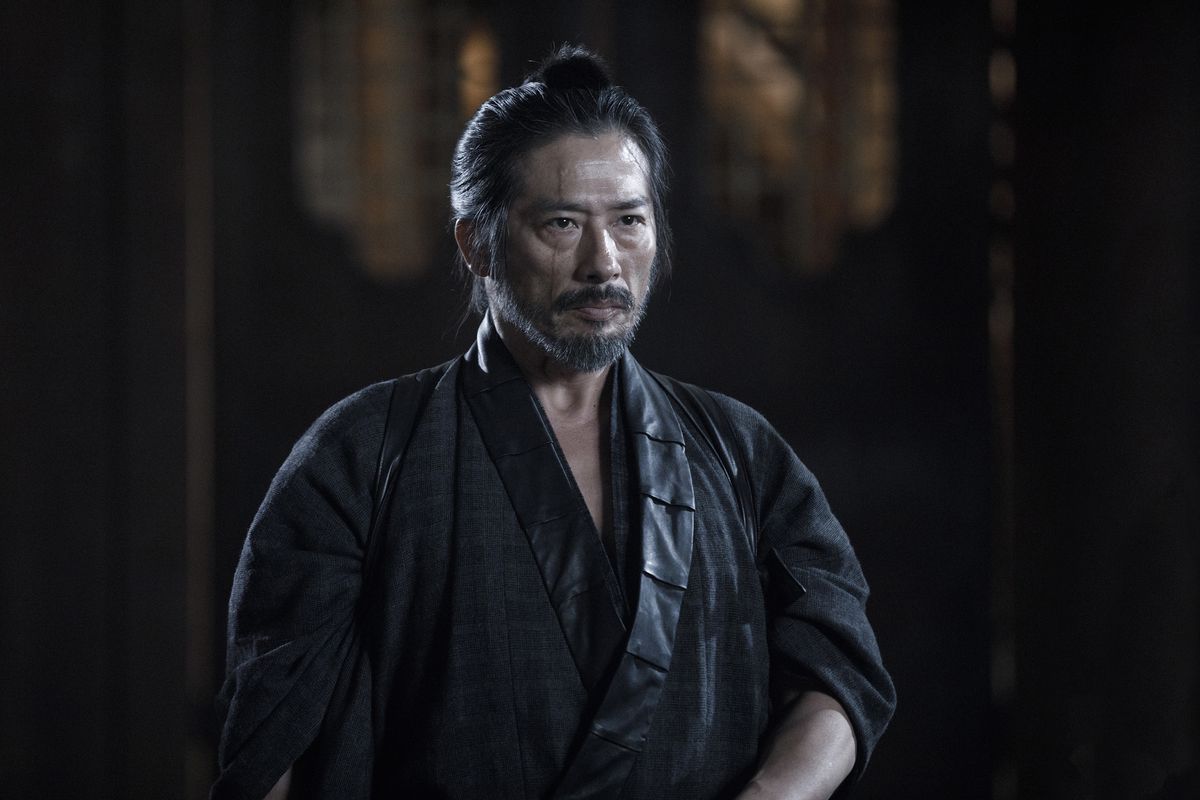 Not so coincidentally, back in Westworld, we finally get the most straightforward dramatic story between Dolores and Teddy, one that finally sheds a little light on the growing unspoken rift between them. They return to their lovely little home of Sweetwater, but Dolores tells him they were “alive before this place ever existed.” But these are the only deeper memories that Teddy ever had. With loving hope, Teddy talks to Dolores on the prairie: Why can’t they just stop right now? Make a little home for themselves? Have what they always wanted? For once, I believe Dolores when she seems to want that too. Later, the two share a tender night, the culmination of all they ever wanted between their old selves. It’s genuinely emotional stuff, wholly built off the desires they’ve kept at bay for so long. It reaches down into the heart of Dolores’s core … which just makes the moment that follows all the more gutting. This wasn’t their culmination, but a sweet good-bye to their old selves. Dolores tells him, “Where we’re about to go, there’s no place for a man like you.” And then, she reprograms Teddy’s personality for good. 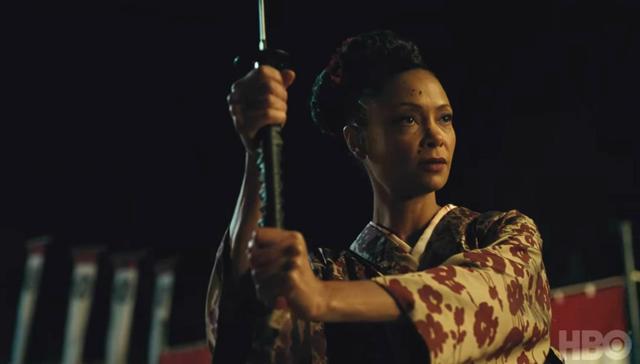 Back in Shogun World, Maeve basically discovers she has Jedi mind powers. Maeve inspires terror and the enemy fears she is a witch, but their rescue mission goes south and they’re put before the broken Shogunate, a mad king who is leaking cortical fluid. He’s even made all his soldiers burn their ears off, for fear of hearing the witch’s voice. But, of course, it all goes tragically wrong. The Shogunate kills Sakura out of sadistic glee, and then makes Akane dance for him. It crescendos into an epically violent stand-off, and with such genuine grief and love for these characters, we experience the fireworks in earnest.

What’s even more telling about this episode is how it offers new cerebral questions that power the story’s curiosity: Why were 30 percent of the hosts wiped? Who did it? Why? What kind of person will New Teddy become? What happened to Hector and Armistice? Nestled between other stories and episodes, we got introduced to a new, beautiful aside that shows off the true power of contained storytelling. Other Westworld episodes may have put my jaw on the floor, but this is the first to make me shout and get teary-eyed in equal measure, effectively proving that we can have it all.

This is everything Westworld can be.